Note: Updates to the blog are at the bottom of the blog, scroll to this if you just want to read the update.

Yes that is right, my Dutchess is going up for sale. 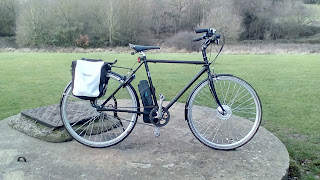 So you're asking, if so awesome why is it going up for sale? Simply put my disability is getting worse & finding the shape of the bike isn't getting to be as comfortable to ride for my disability as it used to be. Shame really as I love riding the bike but I'm finding that riding my Cruiser bike without any pedal assistance is more comfortable, easier on my disability despite harder work to cycle.

So the plan is to save up for a new better ebike for my disability, so far I have put some money aside for a cruiser bike but need to sell (reluctantly) Dutchess to buy the conversion kit to make the E-Cruiser. 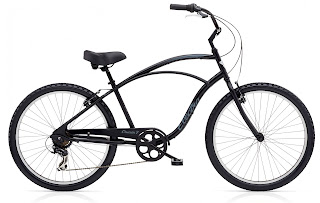 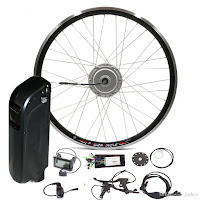 So if anyone is interested I better give the spiel on the bike herself... 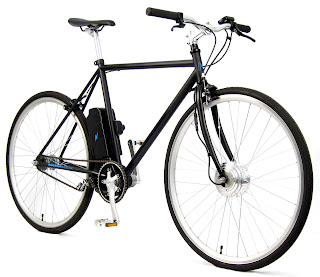 Well the bike itself is originally a Momentum Upstart but I have made some additions when I bought her, more about the additions later. It has the road legal 250W front hub motor, 9Ah battery with a simple controller on the handlebar to turn on/off & select 1 of 3 power ratings to use. The Pedal Assisted sensor is attached to the bottom bracket. Bike itself is like basic bicycle frame with 700c wheels & with hub gears. Total weight of the eBike is under 18kg & is why I bought it. The total mileage I have managed on a full charge so far on a good day (with no wind, not to much luggage, legs not playing up, etc) is 45 miles & still had around 25% charge left. So I feel if used on minimum & lil resistance it is possible to get 60 miles on a full charge but not done it myself. To charge battery from flat takes around 6-8hrs.

The additions & upgrades are as follows, when I bought the bike it had no mudguards & generic tyres. So I added mudguards & Schwalbe Marathon tyres. 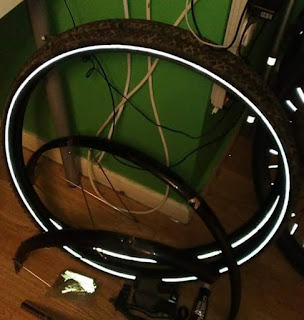 I also found the 2 gear SRAM Automatrix was a hindrance to the eBike's performance when cycling long distance, so I replaced it with a Sturmey Archer SRF3 hub kit & tidied up the chain & adjusters with new ones. The new hub is a dream to ride with & now sold on hub gears for my next ebike. 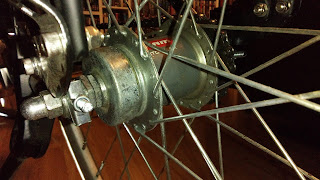 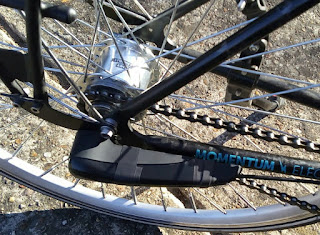 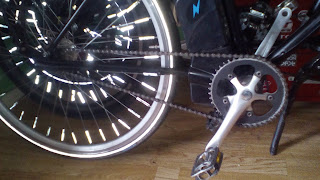 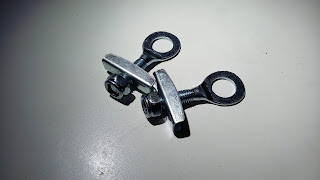 To get a better upright position I have added an adjustable stem & Dutch style handlebars. For luggage I have fitted an Axiom StreamLiner Road DLX Rear Rack which have a carrying capacity of 50kg with a removable USB chargable rear light with built in reflector. Also added a sidestand as I prefer to have one myself. This photo gives you an idea of what it looks like (panniers not included in sale). 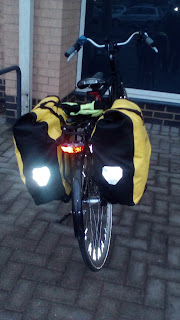 Of course as I use the bike, parts wear out & I have so far replaced the headset bearings & both front & rear brakes (all in silver to look nice), as well as the brake levers which has a built in bell on left lever tho I have fitted a rotary bell on the RHS of handlebars. 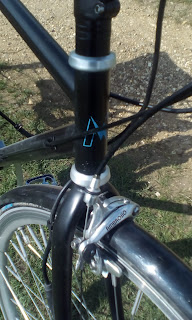 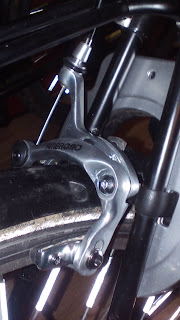 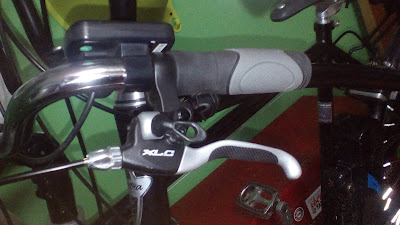 So I think that is it but if you're interested then please ask any questions. And here's a most recent picture from May this year of the bike. 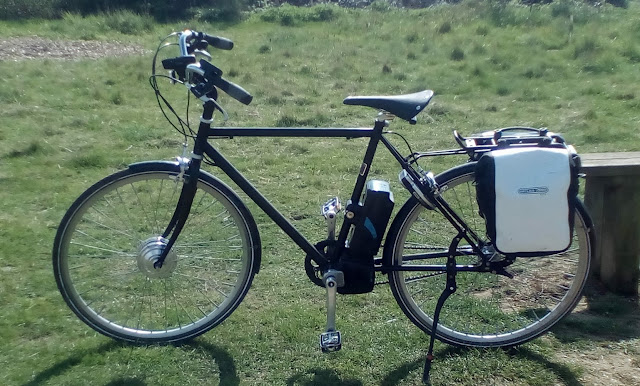 Now for the price, with all the additions described & the bike itself as well as what I need to get the next eBike I am looking for £750 £600 ono. Anything less & I am going to be without an ebike if sold for less until I can find the additional money & I rather not do that. The bike has been great for me (especially for shopping) but I need to move onto one better suited for my disabilities.

It's been a fair few months now & still trying to sell Dutchess, in the meantime I have been working on getting the next eBike started & at the end of 2017 a brand new Electra Townie was selling from a reputable bike shop online for half the price so went for it. And now working on fitting the hub gear on it this month. 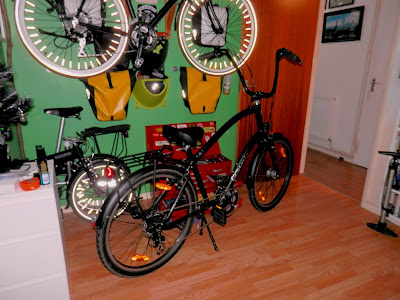 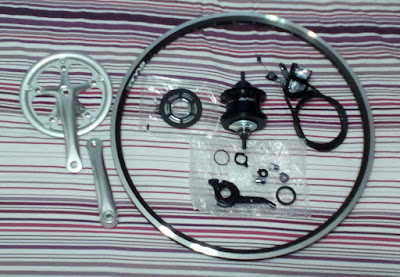 So I am now lowering the price I like to sell Dutchess to £650 ono as this will cover the cost of the eBike conversion kit. And I like to sell it soon as like to get the next eBike up & running before the end of 2018.

So if you are interested then you can comment on this blog where I can read but not publish or you can contact me on Twitter @2_Wheeled_Wolf or just email me on wolfdragonrider@gmail.com. Ideally I like to sell locally (so I can keep seeing her around town) but if anyone like to travel & buy her I am happy to accommodate with a cuppa too. :D 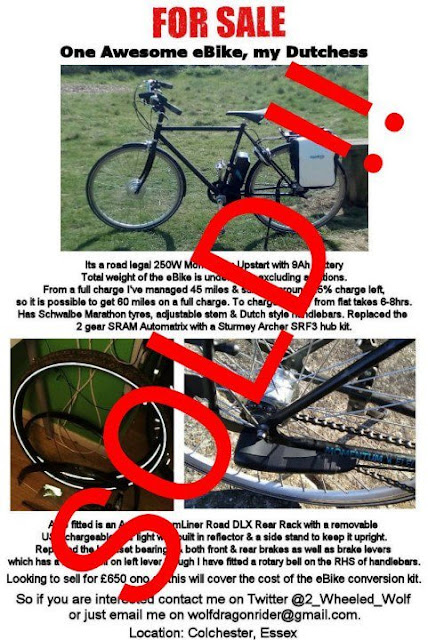 Well after over 2yrs of trying to sell Dutchess I can now say it is finally SOLD! So pleased it has been sold as I was going to remove it from sale next month & strip it down for parts to use on other cycles. An elderly couple have bought it & it's going to help the elderly gentleman back to cycling. :D 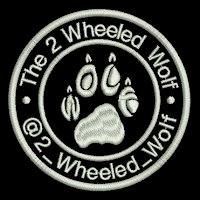